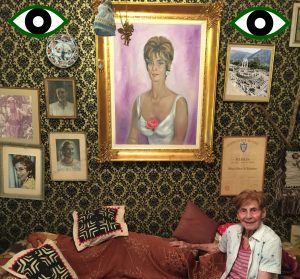 The imminent collapse of this civilization seems all but likely. A new world order of financial frontiers and arrogant governments is creating poisonous patriotism and repression, leading to the obstruction of truth and knowledge. In 1948, Jiddu Krishnamurti stated that throughout the world, education had failed—having produced the two most destructive wars in history. According to him, changing the thought and attitude of the teacher could produce a new culture, a new civilization.

Almost seventy years later however, the approach to education still seems unchanged. On the one hand, a provincial tradition of education in a “good” school environment involves spending time and money in order to learn the soulless technique of memorizing from boring and pedantic educators supposedly teaching creativity. On the other hand, a new generation is learning through the internet, receiving what appears to be a “live” education—the possibility to consume and produce data simultaneously and a methodology in which the boundaries of educator and student are blurred. Even though this might seem favorable at first glance, deeper consideration reveals that surrendering ourselves to the hypnotizing light of the silver screen as our main solace paralyzes our perception. Admittedly, this semi-acceptable option is the karmic boomerang of old-fashioned institutional education, creating a feeling of obsolescence that radically shapes our mental landscape. Anything new becomes instantly old. Initial expectations of a new form of knowledge acquisition have been abandoned, as our brains are about to crash. Occasionally, we need to “delete” everything to start a new thought process. A different kind of un-education could be a tool to handle conflicting times.

Our goal during the workshop in Delphi is to take a step towards our knowledge and free our mind.

The most hopeful minds for our world are the ones that are absolutely free from any political or religious ideals—there is no future in rigid idealism! These liberated minds, unrestricted by conformism and imitation, expertly practice a new form of communicative exchange. In Ancient Greece these were the sibyls, women who were believed to be oracles, spontaneous prophetesses who could predict wars without any prior political knowledge or philosophical predisposition. Their guidance was derived from inhaling the vapors of laurel, Apollo’s sacred tree. Observing birds flying up ahead, the sibyls disclosed exaggerated threats in apocalyptic language. This open and willing eloquence resembles today’s spontaneously generated online culture: sometimes it triumphs freedom of speech but it also falls into the trap of an extreme freedom of choice generating equally extreme confusion and dependence. We are all surrounded by trolling, fake news, abusive anonymity, insensitive provocation, parasitical sexual identities, and a perverse hierarchy of sender and receiver.

Recently, my nearby neighbor Maria Zamanou-Mickelson disclosed to me that she had been a spy in the Second World War. She recounted that as a teenager during the German occupation, she was commissioned by the Greek Secret Service to spy on the movements of German aircrafts from her house. She imparted her reports about the coming attacks to the Greek and Allied forces in the same manner that the Pythia of Delphi read the movements of birds and offered omens and predictions. During my conversations with Maria, this self-taught heroine, I was stunned by how penetrating her perception, how edgy her inborn logic, how solid her gaze were.

Maria Zamanou-Mickelson becomes the focus of our case study for the second edition of the Experimental Education Protocol (#Exedupro) in Delphi. In this symbolic context, ten people from different backgrounds and generations will become Pythias, preparing a task, and keeping their instincts alive in constant intimate contact with each other. The ancient Greek tradition of kite flying to mark the beginning of Lent takes place during the days of our stay. It involves different rituals and traditions from this special region as part of the Clean Monday celebrations.

During the annual meeting of the Experimental Education Protocol, the biography of Maria Zamanou-Mickelson and the location of Delphi will be open to many interpretations, fostering deep, unconscious, and infinite content, beauty, warm relationships, and a fantastic time.